AutisMIND: an app to develop Theory of Mind in children with ASD 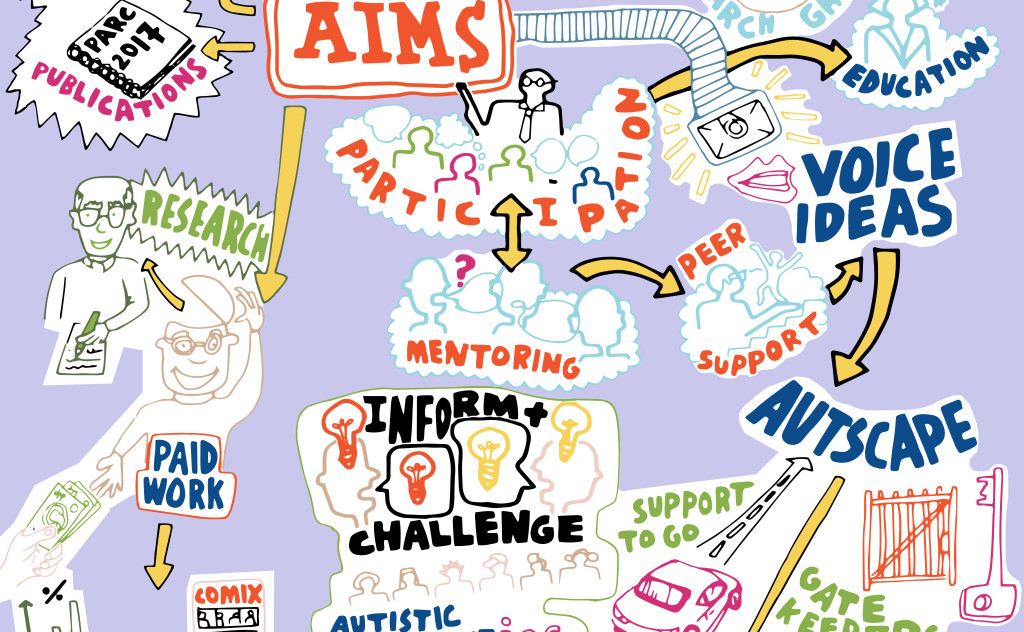 PARC is a network set up to bring together autistic people, including scholars (and also students, non-academics and activists), with early career researchers and practitioners that work with autistic people. The aim of this network is to build connections between those who wish to see more significant involvement of autistic people in autism research, and to provide a space for sharing knowledge and expertise. The PARC network follows in the footsteps of previous autistic-led projects such as the Autonomy journal and the Theorising Autism Project .

The project was initially based at London South Bank University, where PARC has held a number of events and meetings since 2015, hosting visiting speakers such as Dr. Wenn Lawson, Dr. James Cusack and Dr. Sarah Cassidy, as well as holding book launches for those involved in the group. Since these initial meetings, the group has recently expanded to holding meetings in Birmingham and soon Sheffield.

Members of the PARC group have contributed to major projects such as The National Autism Project, and The Westminster Commission on Autism, and will be looking to expand upon these links in future. The PARC group has also led to a number of publications through Pavilion Press and will be involved in a special edition of the Scandinavian Journal of Disability Research (SJDR).

Members of the PARC group organise and chair a stream at the Learning Disability Today conference, and will also be doing so at other events, such as the Centre for Disability Research Disability Studies Conference in 2018 held at Lancaster University.

We would of course like to expand upon PARC activities in future, not least of which in the field of design and technology, where links have already been made in planning future work.

with thanks to Dr. Damian Milton