Effectiveness of tablet apps for autism 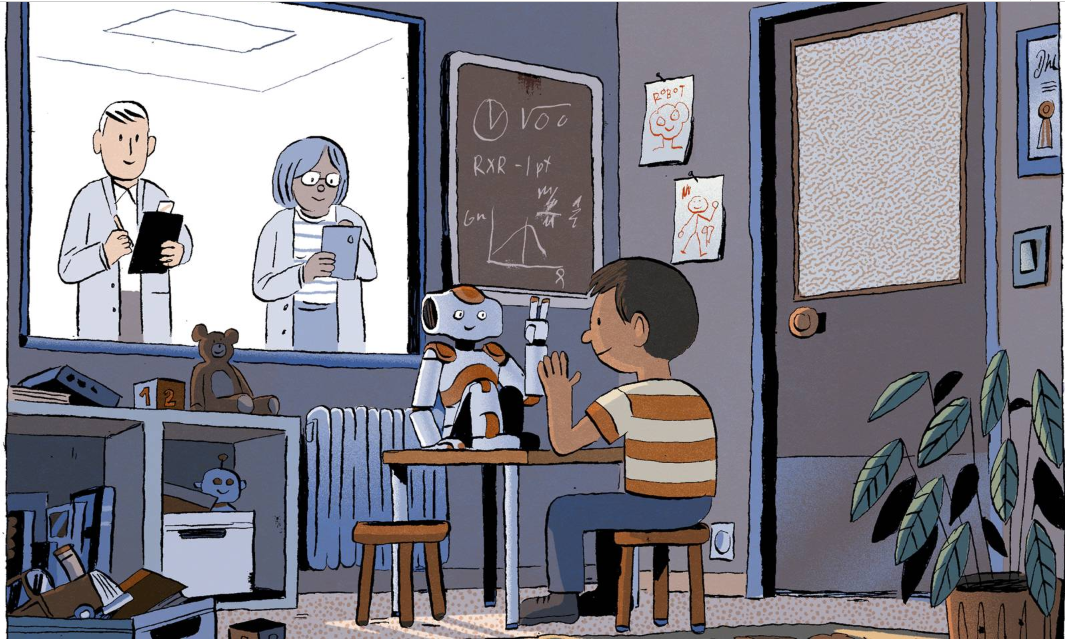 child playing with nao in a lab

DREAM is an EU-funded project on robot-enhanced therapy for autistic children. Robots NAO and Probo are used to assist with common treatments such as cognitive-behaviour therapy (CBT) and applied behavioural analysis (ABA). The main skills targeted are joint attention, imitation, and turn taking. Even though there hasn’t been a significant improvement in these areas, the robots contribute to certain secondary outcomes, such as higher engagement of the children during the sessions. Assistant professor Silviu Matu highlights the positive reactions most children have to robot-mediated therapy.

Erik Billing, senior lecturer in Informatics at the University of Skövde observes, however, that the positive effects diminish with time.

Kathleen Richardson, professor of ethics of robots at De Montfort University recognises the potential of robots but also makes her case for the remarkably positive role the arts and pets play in autism treatment.

Below we summarise positive aspects as well as some warnings of robot usage in autism treatment, as they emerge from the researchers’ statements.

We would like to finish our feature on autism and robotics with an alternative standpoint of Damian Milton, lecturer in intellectual and developmental disability at the Tizard centre of the University of Kent who suggests that instead of robots being designed to fix how people with autism behave, perhaps such research can be used to help everyone else understand better what it’s like to be autistic, building empathy in both directions.

Read the entire article in Wired.