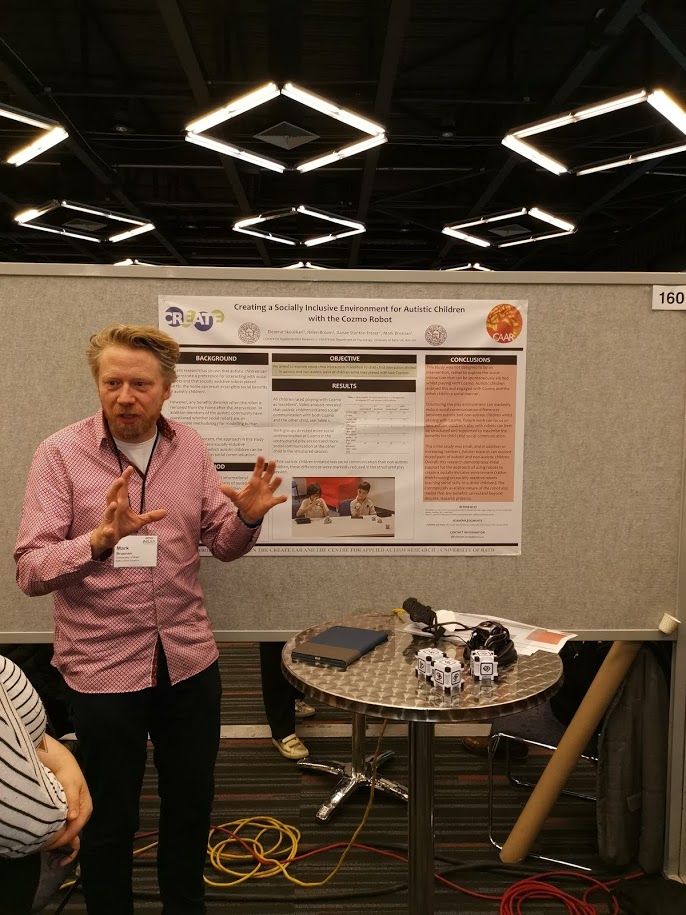 Cozmo is an AI-powered robot for kids and young teenagers.

What can it do?

– It can express hundreds of emotions.

– It includes mini-games of skills and speed.

– It can stack blocks.

– It’s controlled with an iPad.

Hundreds of the world’s top autism researchers gathered in Montreal for the International Society for Autism Research Annual Meeting (INSAR) last May.

Professor Mark Brosnan, director of the Centre for Applied Autism Research (CAAR) at the University of Bath, is using Cozmo to study how easily autistic children collaborate while playing with the same toy. CAAR’s research on autism with Cozmo featured on Canada’s news broadcast. Pr Brosnan said to the media:

He found social anxiety communication reduced by something interactive yet simple to play with. He said that the use of technology can facilitate social behaviour. “One boy said it was the brother I never had and he kissed Cozmo, it was fantastic,” he reported. Cozmo can be used as a jumping off point to help children with autism start to interact with other kids. “We’ve found that all the differences disappear when you get them some Cozmos to play with,” Pr Brosnan added.